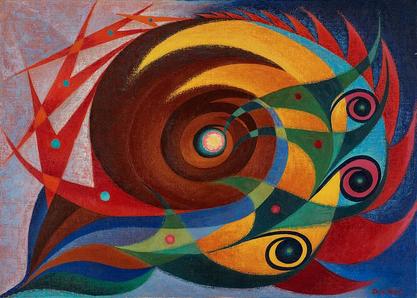 A mockingbird on Pier 26 in Hudson River Park.

The National Museum of the American Indian is partially open daily from 10 a.m. to 5 p.m., with free admission. The Museum café is closed. The NMAI is housed in the Alexander Hamilton U.S. Custom House, which was designed by Cass Gilbert. The building, was completed in 1907 and is a National Historic Landmark. It is listed on the National Register of Historic Places. On-line programming continues. Place: One Bowling Green. Phone: (212) 514-3700. For the museum's calendar, click here.

Tevye, the dairyman (Steven Skybell) has just agreed to betroth his oldest daughter to the butcher, Leyzer-Wolf (Bruce Sabath). Accompanied by other men from Anatevke, they drink a toast, To Life, Lekhayim! (Photo: © Jeremy Daniel)

"Stretching the Canvas" at the National Museum of the American Indian, 1 Bowling Green, featured paintings by 30 Native American artists working from 1940 to the present. Above: "Spatial Whorl" by Dick West (Southern Cheyenne). The museum, which is usually open daily and is free. For more information, click here. 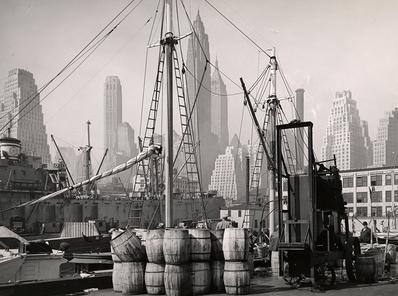 'Illusions of the Photographer:

Duane Michals at the Morgan'

At the entrance of an exhibition now at the Morgan Library & Museum is a parabolic mirror that turns everything that it reflects upside down. This tells you right away that the exhibition, "Illusions of the Photographer: Duane Michals at the Morgan," will not simply be a factual record of appearances. "Contradicting reality is a great gift or weapon that photographers have," Michals has said.

You will see, for instance, six photographs that start with a man standing on a subway platform and follow him as his corporeal body is transformed into light and then into a galaxy of stars. Michals calls this assemblage "The Human Condition."

Another group of six photos describes Michals' last day in Cairo when he walked into the desert and against a background of the pyramids, built his own small pyramid of stones, which he left behind when he walked away.

He wrote, "To be alive is to be skating/On thin ice with the possibility/Of falling falling falling./Taking photographs and writing/Is my way of saying I was here,/I saw this, I heard this./It happened."

In addition to Michals' printed photographs, the museum is showing a few of his films and a series of photographs that he shot in 1964-1965, published in book form as "Empty New York" and here displayed as a film. These evocative black-and-white images depict a New York that has disappeared — a soda shop, a newspaper stand trumpeting the headlines of the day, an empty subway car with wicker seats, and so on. They continue Michals' conversation with the viewer about time and the passage of time. He is interested in time and death and transformations.

The exhibition also includes the work of other photographers and artists, plus some artifacts, all culled from the Morgan's collection. Michals has annotated them with his reveries.

Michals, now 87 years old, has said that when he was young, he couldn't imagine being old, but now that he's old, he can't imagine ever having been young. He has said that he doesn't mind being old. He said of himself, "I'm a survivor."

This remarkable exhibition closed on Feb. 2. For information about visiting the Morgan Library & Museum at 225 Madison Ave., go to www.themorgan.org 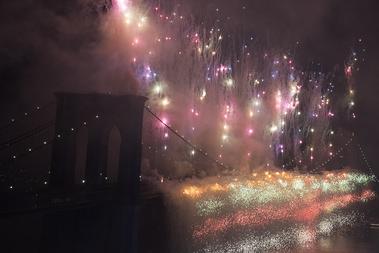 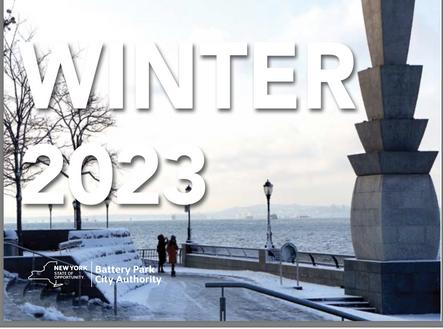 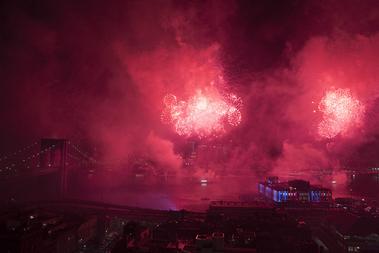 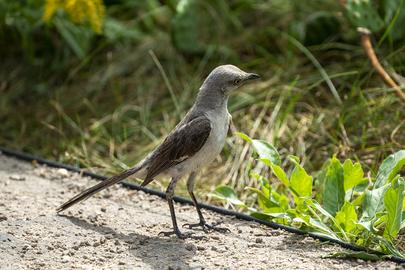 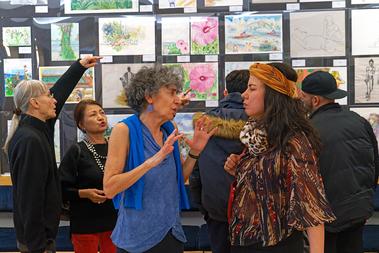 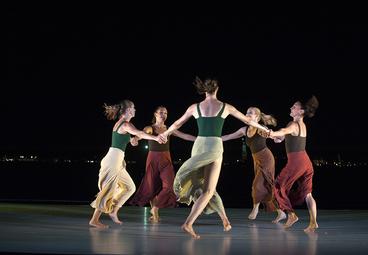 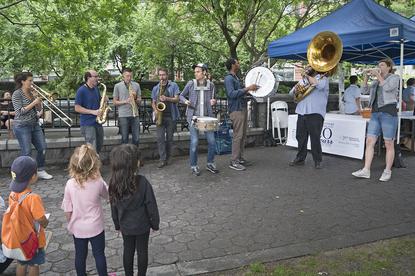 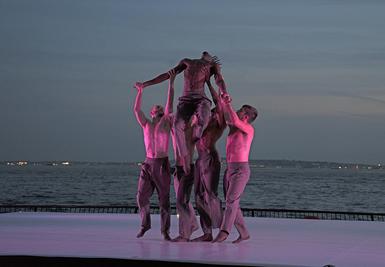 A joyful dance celebrates the wedding of Motl Kamzoyl and Tevye and Golde's eldest daughter, Tsaytl, in "Fiddler on the Roof." The dances were choreographed by Jerome Robbins when "Fiddler" was first produced on Broadway, where it opened in 1964 and ran for more than 3,000 performances. 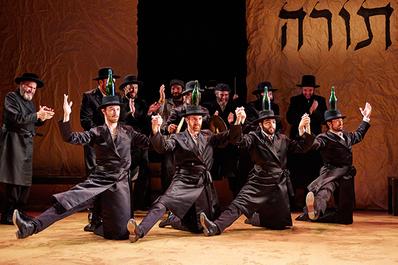 A wharf in the Fulton Fish Market, 1946. The photograph, by Todd Webb, was in the exhibition at the Museum of the City of New York of Webb's photographs from 1945 to 1960.

The agenda was as follows: 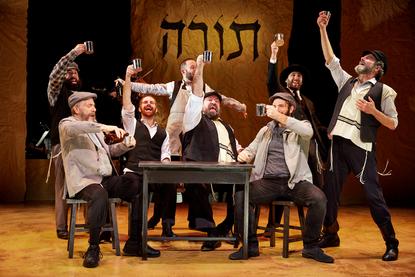 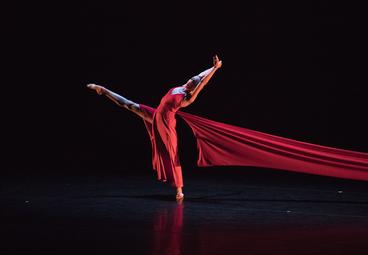 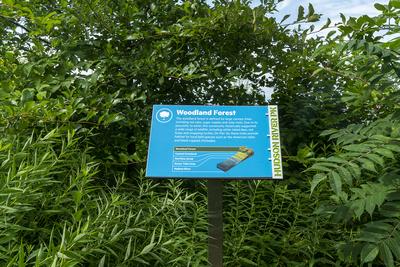 'FIDDLER ON THE ROOF' IN YIDDISH WAS BACK

"Fiddler on the Roof" in Yiddish — "Fidler afn Dakh" — a production of the National Yiddish Theatre Folksbiene, once again played off-Broadway in the fall of 2022. It debuted in 2018 at the Museum of Jewish Heritage — a Living Memorial to the Holocaust" in Battery Park City. It went on from there to a highly acclaimed Off-Broadway run. The new production was as poignant, as gripping, as spirited, as funny and as heartbreaking as all of its predecessors. The fictional Anatevke conjures up the poor Jewish villages of Eastern Europe (shtetls) in which "tradition" prevailed and the ways in which that world was harshly and even brutally shattered.

Those who had seen 'Fiddler on the Roof" with Zero Mostel (Topol, Theodore Bikel, Herschel Bernardi, Alfred Molina....you fill in the blanks) may have thought that they didn't need to see it again. But they were wrong. This "Fiddler" with English and Russian supertitles was more touching, more authentic, more passionate, more intimate, funnier and sadder than the Fiddler's that played to huge crowds on Broadway. As in past National Yiddish Theatre Folksbiene productions of "Fiddler," Steven Skybell gave a brilliant performance as Tevye, the dairyman. He was supported by a talented cast that brought the audience to its feet for a prolonged standing ovation on the day I saw the show. It only played for seven weeks, through Jan. 1, 2023. 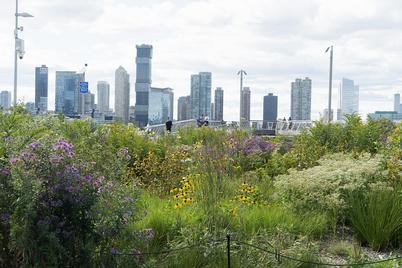 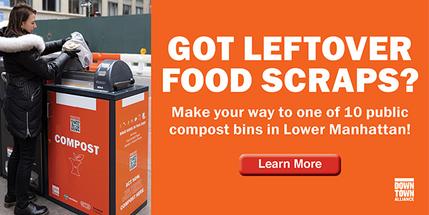 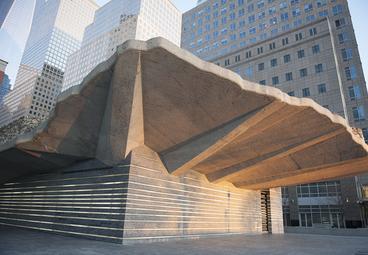 Battery Park City Winter Calendar 2023
To see the events and activities on the Battery Park City Authority's winter calendar, click here. Most events are free.
For some, reservations are required.

Tide Deck Tours on Pier 26 in

In the fall of 2022, the Hudson River Park Trust conducted tours of the Pier 26 Tide Deck in Hudson River Park. Inspired by the natural shoreline that would have existed prior to Henry Hudson’s 1609 expedition, Pier 26 is designed to showcase key ecological communities representative of this native landscape, including a woodland forest, coastal grassland, maritime scrub, rocky tidal marsh and the Hudson River itself. The Tide Deck is an engineered rocky tidal marsh designed to ebb and flood with the River’s daily tidal cycle. It features many interesting marsh plants and habitat enhancements including tide pools. The River Project's staff led the free guided tours of this special environment.

At the Museum of Jewish Heritage — A Living Memorial to the Holocaust, an exhibition entitled "Boris Lurie: Nothing to Do But Try" ran through Nov. 6, 2022. The museum at 36 Battery Place is open three days a week: Wednesdays, Thursdays and Sundays at 25 percent capacity in order to allow for social distancing. The hours are 10 a.m. to 5 p.m. General admission, timed-entry tickets allow access to all galleries including the special exhibition, "Auschwitz. Not Long Ago. Not Far Away." Ticket prices: $16; $12 (seniors and ADA); $10 (students and veterans); free (members, based on membership level; Holocaust survivors; active members of the military and first responders; students and teachers through grade 12 in schools located in New York, New Jersey, and Connecticut with valid school-issued ID). To purchase tickets, click here.

"New Dimensions in Testimony" is an interactive installation at the Museum of Jewish Heritage that allows visitors to ask questions of Holocaust survivors and hear their answers.  Place: 36 Battery Place. Free with Museum admission. Advance registration recommended. For additional information, click here