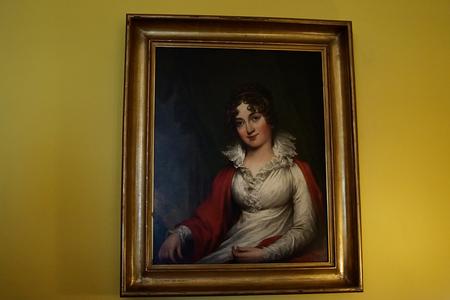 Gracie Mansion at 88th Street and East End Avenue was five miles outside of the New York City limits when Archibald Gracie built the house in 1799 as a country retreat for his family. Today, it's the residence of the mayors of New York City (when they choose to live there. Bloomberg didn't, but the de Blasios are in residence). Now, this historic mansion is once again open for tours. Visitors are able, not only to admire the elegant Federal-period architecture, but to inspect a recently installed art exhibit called "Windows on the City: Looking Out at Gracie's New York."

In addition to art and artifacts that were previously on display, the exhibit includes 49 newly acquired works from the original Gracie Mansion period - roughly from 1763 to 1825. And since the city at that time consisted of what we now call "Lower Manhattan," these paintings, historical documents and artifacts show us in some detail what our few square miles were like a few hundred years ago.

"The show explores what was going around the Gracies and what contributed to the culture and the commerce that they inhabited and benefited from," said Paul Gunther, executive director of the Gracie Mansion Conservancy. 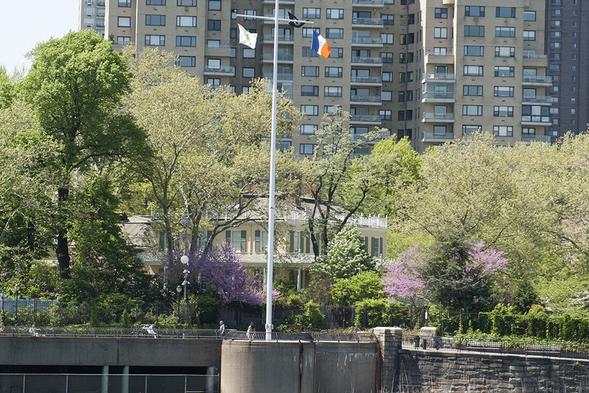 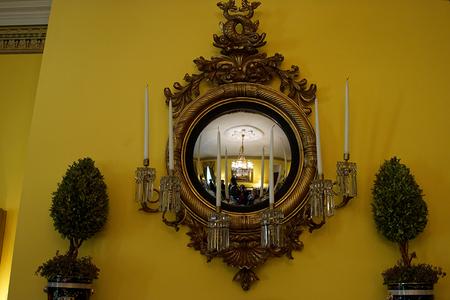 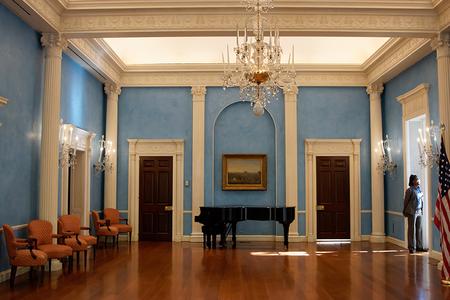 Above the fireplace in that room is a portrait of Archibald Gracie Jr. and an early piece of Canton ware that hints at the opening to Asia and the Chinese influence.

"There weren't many Asian residents in New York City, but the trade was beginning and they were very quick to jump on the market," Gunther remarked. "They were clever." The Canton ware depicts the New York State seal as it looked at its very earliest in the late 18th century.

Reflecting the interests of the ethnically and racially diverse "first family" that currently occupies Gracie Mansion, the "Windows on the City" exhibit explores New York City's diversity from its earliest years.

Highlights include stoneware from a free African American, a portrait of the daughter of the then-governor of Connecticut, Native American artifacts and a painting of downtown Brooklyn as it looked in 1820 - and more.

The collection also features "An Act for the Gradual Abolition of Slavery," more commonly known as "The Gradual Emancipation Act." The document was briefly loaned to Gracie Mansion from the New York State Archives, a program of the New York State Education Department. In 1799 the New York State Legislature called for all current slaves to remain in servitude for the rest of their lives and for all children born after July 4, 1799 to receive their freedom in mid-adulthood. Because the original draft document is fragile, the document now on display is a replica.

The new pieces have been curated by Kalia M. Brooks, consulting curator to the Gracie Mansion Conservancy, to create a more historically accurate picture of life in New York City during the time of Gracie Mansion's construction.

"The New York City experience has always been one of many peoples and many cultures. I'm delighted that this new installation will reflect our vibrant history - and remind us all that this city is always at its best when we make room for everyone," said Mayor Bill de Blasio.

"The energy of many traditions and cultures has always propelled this city forward," said First Lady Chirlane McCray. "When we look back, we are reminded that diversity is this city's DNA. We flourish when we celebrate and encourage our bounty of difference. That's the story this installation tells."

Tours of Gracie Mansion are free, but reservations are necessary. For information on dates and how to reserve, click here. 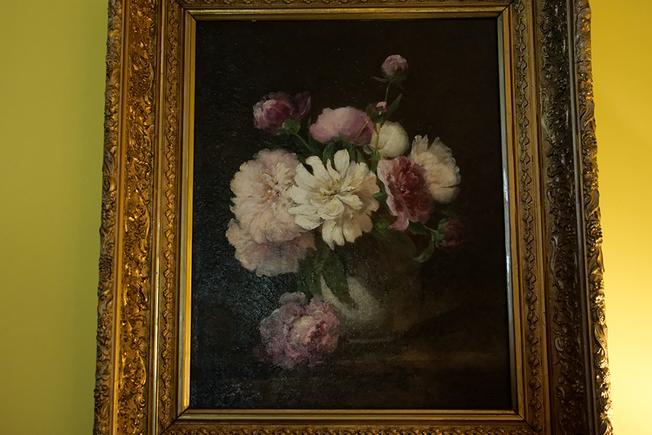 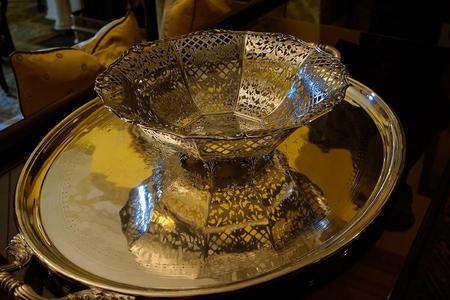 Gunther pointed out a painting called "The Tontine Coffee House" that hangs over a couch in one of the rooms near the mansion's entrance. It shows the corner of Wall and Water Streets.

"The pier was called the Meal Market," he said. "What it really was was the second biggest slave market in America. It was right at the foot of Wall Street. In Gracie's time, in 1799, the Tontine was where they started trading scrip - government bonds. It's now what we would call the New York Stock Exchange. The first president of that exchange, as designated by Alexander Hamilton, was Archibald Gracie."

(Left) A mirror reflects the patent-yellow parlor, part of the circa 1810 addition to Gracie Mansion. (Right) A portrait by John Trumball of Elizabeth Stoughton Wolcott who married William Gracie on July 2, 1813. Her father, Oliver Wolcott, Jr., was governor of Connecticut.

(Left) A 20th-century silver bowl and tray on loan to Gracie Mansion from the NYC Public Design Commission. The bottom of the bowl is engraved with an inscription from the Burgomeister of Rotterdam to then-Mayor Fiorello LaGuardia dated May 1938 signaling the maiden voyage and New York harbor arrival of a new Dutch ocean liner called the “Nieuw Amsterdam.” (Right) A plaster maquette of George Washington by John Quincy Adams Ward dated 1883. It is labeled as a “sketch model” of Ward's heroic statue on the steps of Federal Hall. ‎A statuette of the Marquis de Lafayette next to George Washington in the Yellow Parlor is also by Ward. Some people say that that Ward was the first great American–born sculptor. 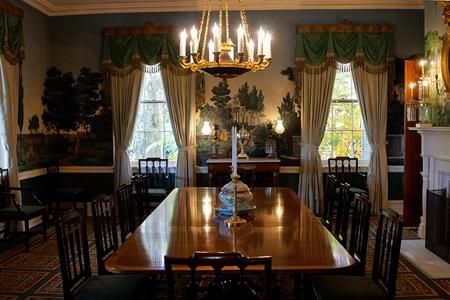 The Tontine Coffee House at Wall and Water Streets 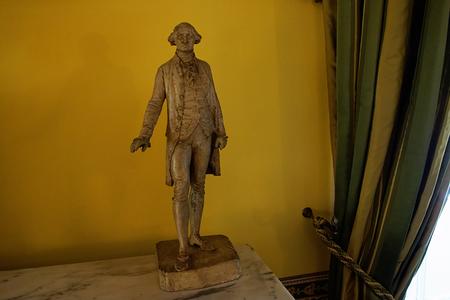 "Peonies," (oil on canvas, 1890), a painting by African-American artist Charles Ethan Porter, is in the collection of the Gracie Mansion Conservancy.

(Left) The dining room in Gracie Mansion with wallpaper dating from 1830. (Right) The ballroom was added to the house in the 1960's. 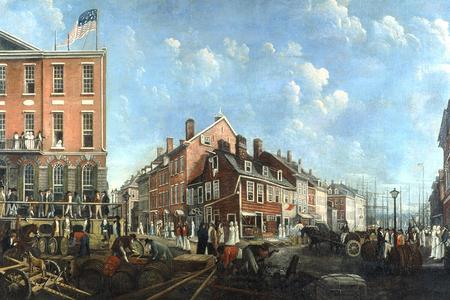