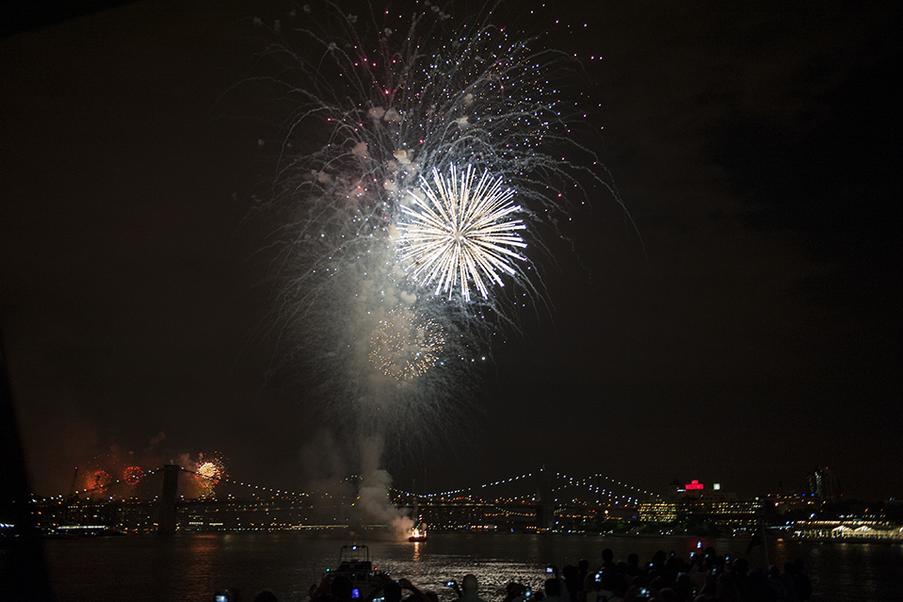 On the East River, waiting for the fireworks to begin.

Fireworks over the Brooklyn Bridge. 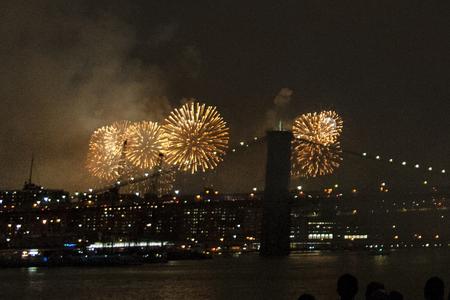 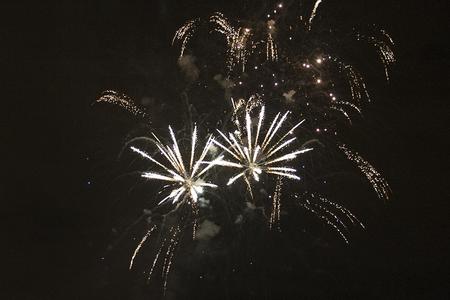 Hermione on the Hudson River, passing the Statue of Liberty.

Fireworks on the East River.

El Galeón, a replica of a 16th-century ship at the South Street Seaport, celebrates Ponce de Léon's arrival in Florida 500 years ago.

Hermione on the Hudson River, with a flotilla of smaller boats and fireboats.

Hermione docked at Pier 15 in the South Street Seaport. 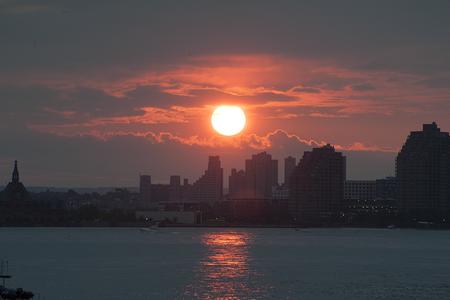 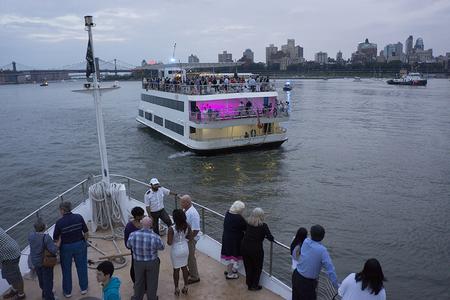 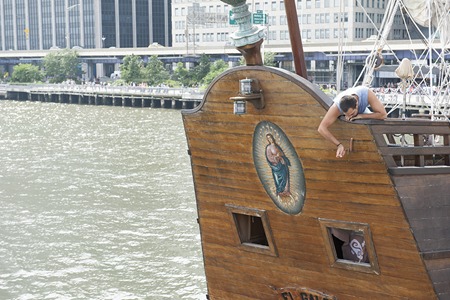 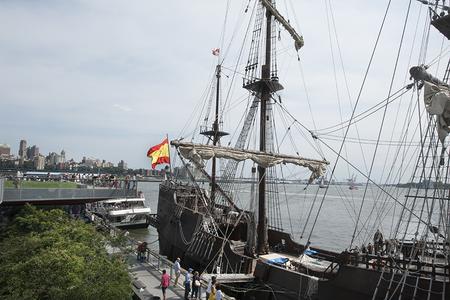 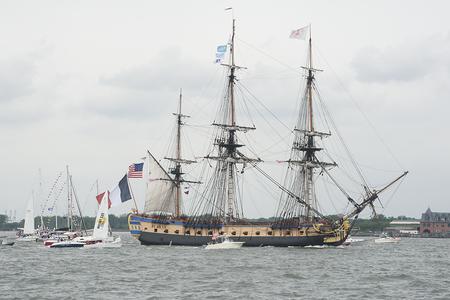 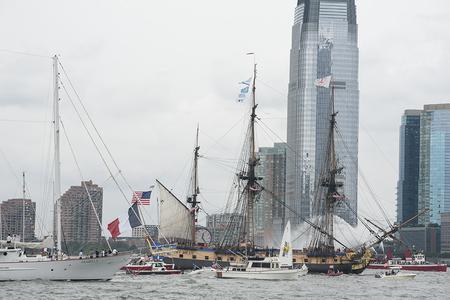 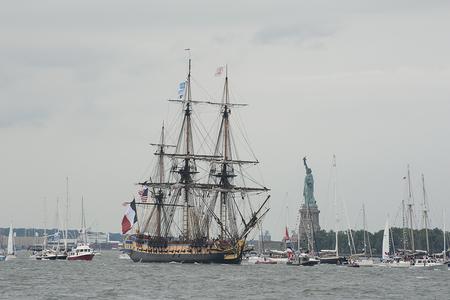 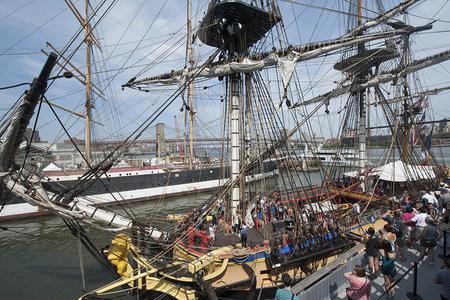 This year, Independence Day celebrations in Lower Manhattan went on for days, starting on July 1 when Hermione, a replica of the frigate that transported the Marquis de Lafayette to the U.S. colonies in April 1780, docked at Pier 15 in the South Street Seaport. Lafayette, a well-connected and wealthy French aristocrat, brought much-needed French aid to the Colonial cause and served Gen. George Washington on the battlefield as well.

For its first day in town, Hermione was closed for private parties. Then it was open for tours, and on July 4, moved in stately fashion up the Hudson River accompanied by a flotilla of smaller boats and two fireboats.

The Marquis de Lafayette and Gen. Washington became devoted friends. Lafayette supported Washington during some of the most difficult years of the American Revolution, when disgruntled colleagues wanted to relieve Washington of his command. In the war's final battles at Yorktown in September and October 1781, a French fleet blockaded the harbor while Lafayette, in command of 400 men took Redoubt 9 after forces under Alexander Hamilton took Redoubt 10 in hand-to-hand combat. The British general Cornwallis surrendered on Oct. 19, 1781.

Hermione was joined at Pier 15 by El Galeón, a 170-foot wooden replica of a 16th-century sailing ship that was part of Spain's West Indies fleet. El Galeón is in the United States to celebrate the 500th anniversary of Juan Ponce de Léon's landing on the east coast of what is now Florida.  El Galeón has been (and will be) hosting "Shipwrecked at the Seaport" parties that include an open bar, passed hors d'oeuvres, a DJ and dancing. The ship is also open for tours from 9 a.m. to 5 p.m. daily, with part of the proceeds going to benefit the South Street Seaport Museum and the New York Harbor School. El Galeón will be at the South Street Seaport through July 11.

On July 4, there were fireworks on the East River with dozens of boats gathered to watch. The deadly bullets of the American Revolution had been transmuted into a kaleidoscope of sparks that looked like fountains of light and bouquets of flowers.