The Winter Garden at Brookfield Place in Battery Park City is one of Lower Manhattan's grandest public spaces with live palm trees that flourish under an arched, glass roof and a dramatic, marble staircase where people often sit to take in the view of North Cove Marina and the Hudson River. During the holiday season, the Winter Garden is especially beautiful. This year it was decked out with tall, evergreen trees decorated with tiny, white lights and silver ornaments under a canopy of lights in a multitude of colors that changed when visitors placed their hands on a "wishing cube" for a few seconds. The light spectacle reflected the color that the person selected as he or she made a wish.

This entrancing spectacle, called "Luminaries," was devised by David Rockwell of the Rockwell Group, an award-winning, cross-disciplinary architecture and design practice based in New York with satellite offices in Madrid and Shanghai. Luminaries was supposed to be taken down on Jan. 10, 2016 but so many people admired it that it will remain in place through Feb. 29.

Then — good news, indeed — it will be packed away until next year when it is slated to return. 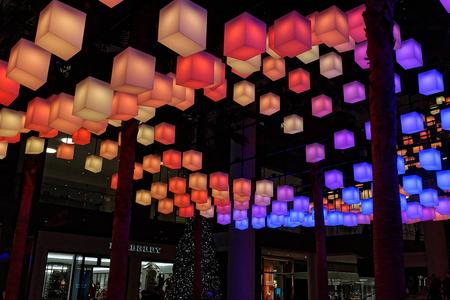 LUMINARIES IN THE WINTER GARDEN 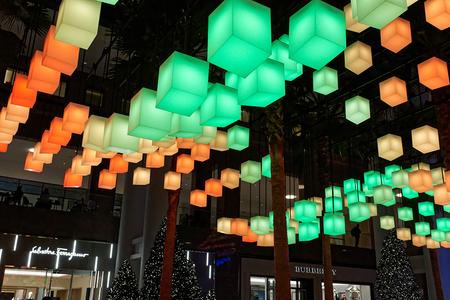 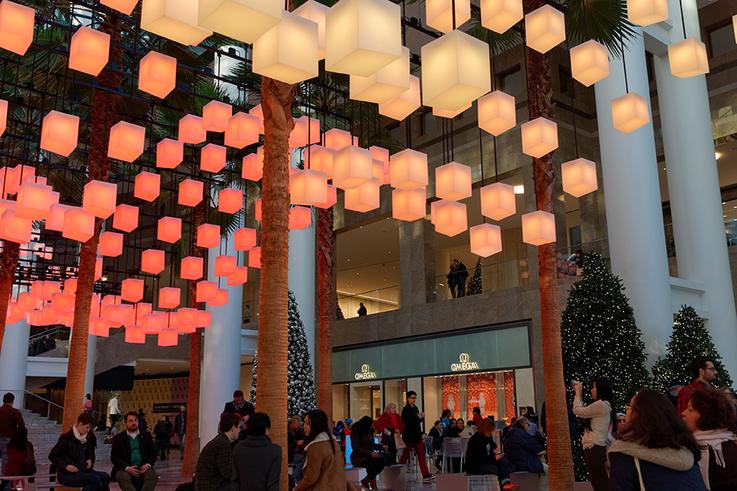 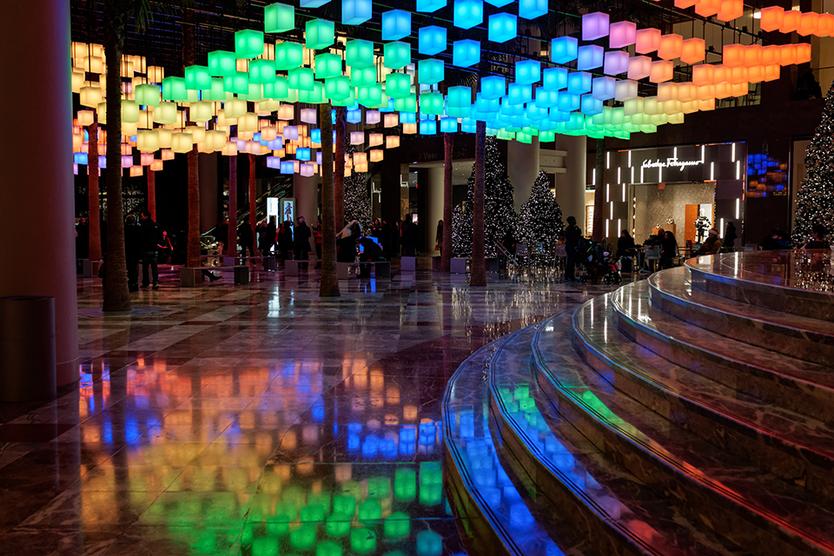 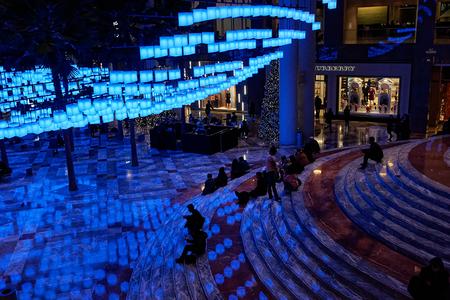