"To Dust" with Matthew Broderick and Geza Rohrig in the lead roles has been playing for the last few weeks at the Village East Cinema, 181-189 Second Ave., and will be there through Feb. 28. The film had its world premiere at the 2018 Tribeca Film Festival. It's about a geeky, small-town biology professor in upstate New York (Broderick) who receives an unexpected visitor (Rohrig), a Hasidic cantor who is distraught over his wife's recent death and is obsessed with wanting to know how her body will decay. He hopes that the professor can enlighten him.

You'll have to take my word for it when I say that some of this is funny. Some of it, of course, is a real stretcher. For instance, when informed by the professor that pigs and humans are similar biologically in many ways, Shmuel, the cantor, obtains a pig so that after its demise, he and the professor can sneak into the woods and bury it. Shmuel wants to observe what will happen.

When I saw the film at the Tribeca Film Festival, I briefly wondered why Broderick got involved in what must have been a comparatively low-budget film - director Shawn Snyder's first feature-length film, in fact - and then decided that it must be fun for well-known actors to work in something out of the spotlight, where they can experiment with little or no pressure.

Snyder, who was a religion major at Harvard, described "To Dust" as offering "a borderline blasphemous, tragicomic conversation between science and religion, and an exploration of the idiosyncrasies of grief."

That solemn intention isn't quite realized, but I did find the film interesting and worth seeing.

Another 2018 Tribeca Film Festival feature, already reviewed in Downtown Post NYC, is called "Time for Ilhan." The Ilhan in question is Ilhan Omar, who came to the United States at the age of 14 as a refugee from Somalia and who is now a freshman representative in Congress. She attracted some attention recently because of remarks about Israel that were construed as anti-Semitic.

The film, directed by Norah Shapiro, chronicles Omar's first forays into politics when she entered a highly contested race for a seat in the Minnesota State Legislature and won.

Beginning in March, Shapiro will be taking the film on a cross-country tour billed as "Time for Ilhan Take Action" which she hopes will "engage, activate and mobilize audiences as well as inspire more women, people of color, immigrants and young people to join the movement for a more representative and reflective democracy." Details of the tour have not yet been announced.

On March 8 - International Women's Day - the film will be released on all Video on Demand (VOD) platforms and on DVD to ensure that it can be seen by as wide an audience as possible.

A third film from the 2018 Tribeca Film Festival, "Slut in a Good Way," is due to show up at the Village East Cinema on or about March 29. The film, which was made in Quebec, is about three teenage girls whose greatest preoccupation is getting laid. They land jobs in a toy factory where they meet some boys - slightly older - who have the same thought on their minds. The result is a froufrou comedy, about as nourishing as cotton candy, but worth your time if you're a teenager or the parent of a teenager. The film is nicely shot and edited.

The 2019 Tribeca Film Festival will soon be here. It opens on April 24 and runs through May 5. Tickets are already on sale, with Film Festival packages currently offered at a discount.

If you're interested in film, the Tribeca Film Festival offers the chance to see some films that may not be available elsewhere and to meet some of the people who produced and directed the films and who appeared in them. The festival is often memorable and never dull. I recommend it.

A still from the film, "Time for Ilhan," directed by Norah Shapiro. It had its World Premiere at the 2018 Tribeca Film Festival. 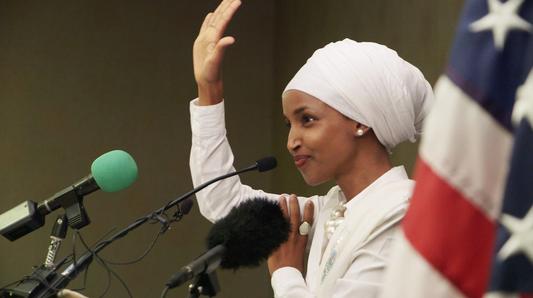 A film still from "Slut in a Good Way." (Photo: Laurent Guérin)

A still from the film, "To Dust" with Matthew Broderick and Geza Rohrig. It had its world premiere at the 2018 Tribeca Film Festival and is now playing in Manhattan at the Village East Cinema. (Photo: Lily Rosenthal)

SOME 2018 TRIBECA FILM FESTIVAL PIX ARE BACK IN TOWN 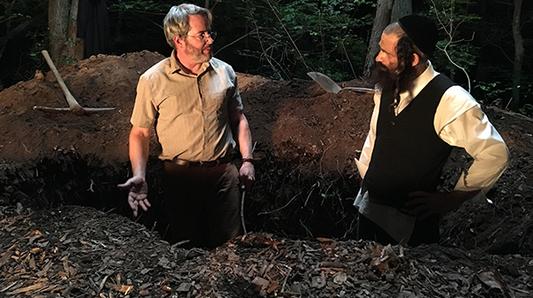 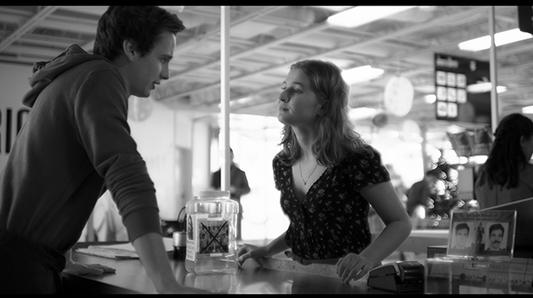