As part of an exhibit about the SS Normandie, chairs from the ship's dining salon were exhibited at the South Street Seaport Museum in 2010. 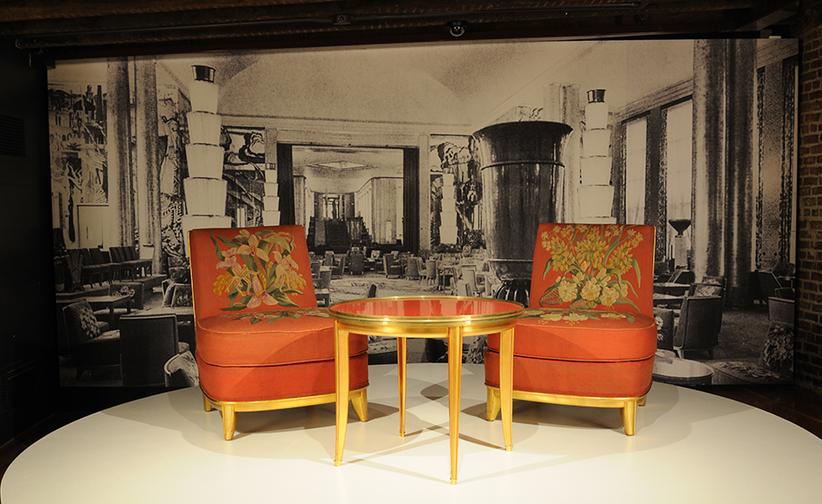 (Left) In the late 19th and early 20th centuries, coffee and tea dealers were among the occupants of Schermerhorn Row, where the South Street Seaport Museum is now located. Shipments of coffee were tasted and graded by a Board. (Right) Machinery once used in the coffee roasting trade is inside the South Street Seaport Museum's Fulton Street buildings.

(Left) 19th-century workers, many of them, Irish, left their names and other graffiti on the walls of Schermerhorn Row. (Right) Schermerhorn Row once housed several hotels for seamen. In 1952, the writer Joseph Mitchell and Louis Morino, who owned a restaurant called Sloppy Louie's on this site (92 South St.) used this old elevator shaft to enter the boarded-up Fulton Ferry Hotel (in operation from 1874 to 1935) where they found iron bedsteads, bureaus and signs reading "All Gambling...Strictly Prohibited."

A sign at the top of the staircase in the "old hotel" at the South Street Seaport Museum depicts a hand pointing downward. The sign says "Exit" and also says "Use in case of Fire."

(Left) An exhibit called "Compass: Folk Art in Four Directions" told about the wares from all over the world that were sold in the South Street Seaport. (Right) As ships transitioned from sail to steam, woodcarvers who had once made figureheads now made statues that stood outside tobacconists and other shops. This Sultana dates from around 1880. It is attributed to the workshop of Samuel Anderson Robb who had woodcarving shops first on Canal Street and then on Centre Street. 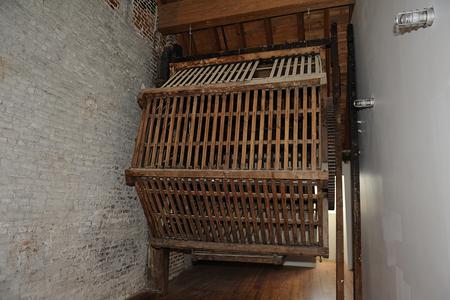 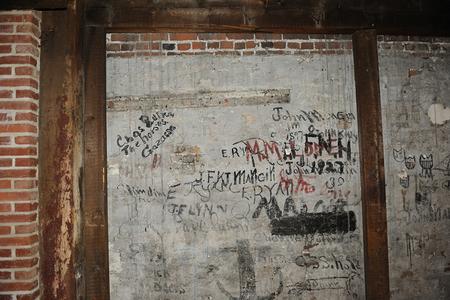 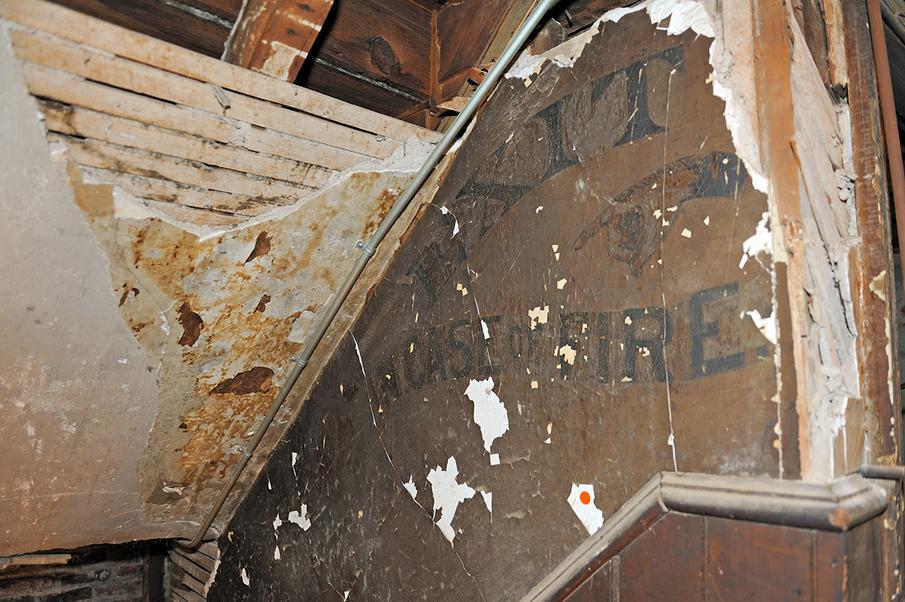 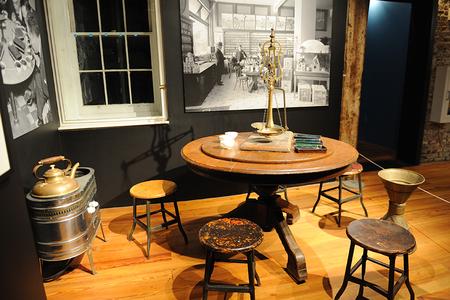 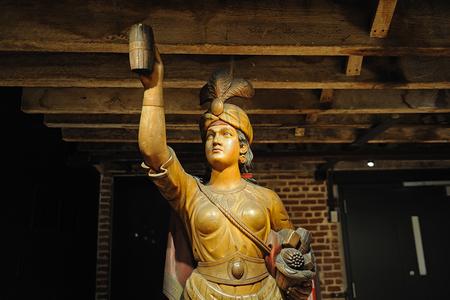 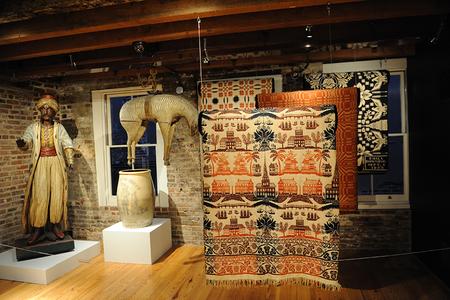 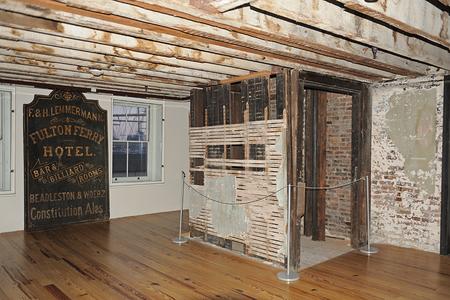 Before Superstorm Sandy struck Lower Manhattan on Oct. 29, 2012, the South Street Seaport Museum's Schermerhorn Row building with its entrance at 12 Fulton St. was the site of numerous exhibits, lectures and educational programs. However, Sandy flooded Schermerhorn Row with seven feet of salty water and the museum's electrical system was demolished. In April 2013, the museum's Fulton Street galleries closed, awaiting the funding that would be needed to restore the heating and cooling systems and the escalators and elevator.

That meant that except for a few special tours, the public could no longer see the treasured and historic interior of Schermerhorn Row. The walls themselves told stories about how it was built between 1810 and 1812 with the best materials available and how it functioned as New York City's first World Trade Center. Schermerhorn Row's six linked counting houses accommodated the merchants whose ships came and went at the nearby port and later served as warehouses for coffee and tea merchants. Some of the old, industrial equipment remains in the buildings as do the graffiti-covered walls where 19th-century workers, many of them Irish, left their names.

Until Superstorm Sandy knocked out the museum's electrical system, visitors could also see remnants of the old hotels in the building. Here traveling salesmen and seamen got a night's sleep in a warren of cubicles. The faded wallpaper is still there and an old staircase with a hand that points downward, with the instructions to use that exit in case of fire.

In fact, much of what made the interior of Schermerhorn Row an irreplaceable and unique record of New York City's 19th-century commercial history is still there, awaiting the day when the South Street Seaport Museum's Fulton Street galleries can reopen and tell that story again.