A sunny day - not too hot, not too cool - blessed the opening on April 25 of the South Street Seaport Museum's 2015 season and the crowd assembled on Pier 16 for the opening ceremony.

For the first time, Capt. Jonathan Boulware officially took the stage as the museum's executive director and not just its interim president.

"The trustees, the city administration - we couldn't be happier," said Tracey Knuckles, Deputy Commissioner of the Department of Cultural Affairs and museum board member.

Boulware read a letter of congratulations from Mayor Bill de Blasio, who said that he regretted that he couldn't be there himself. De Blasio referenced the museum's historic ships, its Water Street properties and the "bustling Schermerhorn Row." He spoke of the variety of programs that the museum organizes for children and adults and said the museum "brings the past to life," playing "a vital role in the city's cultural landscape."

(left) Eleanore Pankow of Bowne Printers, the museum's print shop, demonstrated a Kelsey press from the 1920s on Pier 16. (right) Visitors boarding the museum's 104-year-old barque, Peking, which was built to carry cargo from South America to Europe. 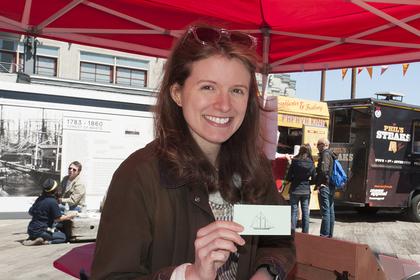 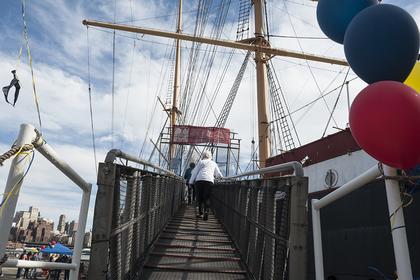 Tony Teta carving a figurehead for the museum's ship, Wavertree. The work was begun by the late Sal Polisi.

Using both hands, Chin pulled and pulled at the heavy bell and it rang with insistent solemnity. When she finished, neighboring boats sounded their horns and the crowd applauded.

"This is where it started - between these ships here and those buildings there," he said, gesturing. "This is where New York as we know it today, began."

"We're here for the future of the museum," said Manhattan Borough President Gale Brewer, who has been a staunch and vocal supporter of the museum and of the Seaport Historic District. "We're here for the South Street Seaport in general to be a historic site, and we're here to make sure that the 60,000 families who now live in downtown in District 1 Manhattan have a place to go that is family friendly and at the same time conserves the history."

In a moment in the ceremony that brought tears to the eyes of some of those who listened, Boulware invited City Councilmember Margaret Chin to ascend to the deck of the museum's lightship Ambrose and ring its bell.

"They could, with pinpoint accuracy, steer their steamship at 22 knots directly at the lightship and occasionally that meant that they continued right on on that course and didn't turn. In fog, lightship crews had a vested interest to make a lot of noise, so this bell had a very important purpose in the safety of the lightship itself and also in the safety of the ships that were using the bell to find their way into New York." 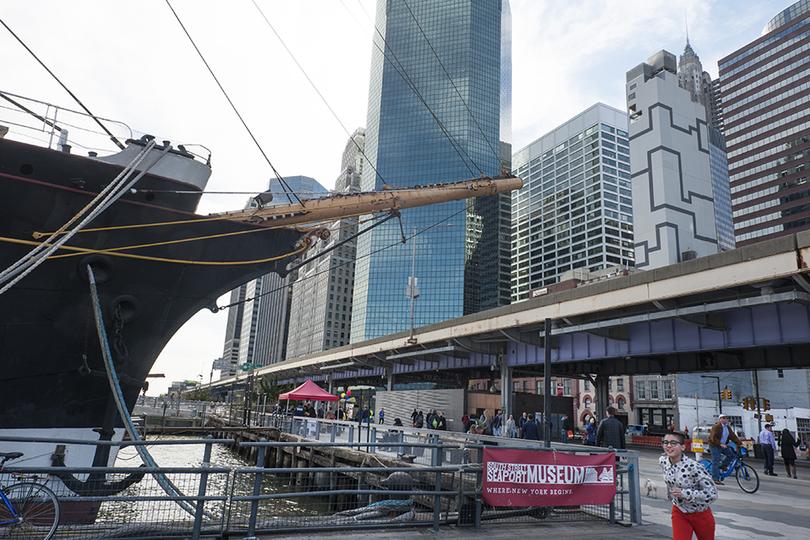 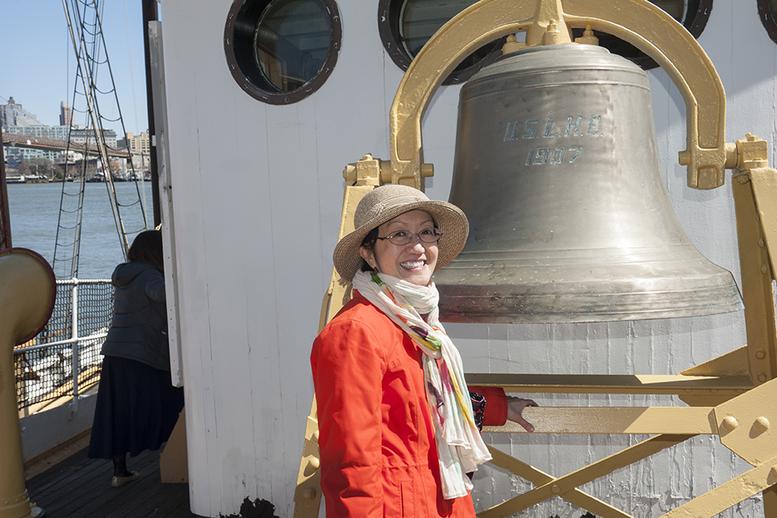 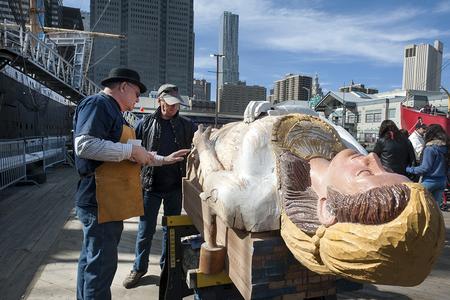 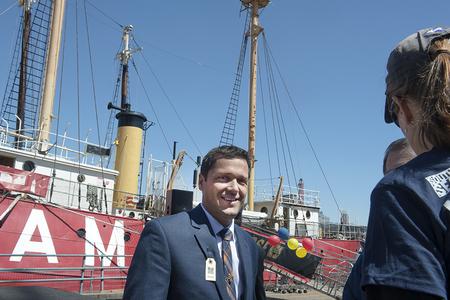