In April 2018 a film called "Roll Red Roll" premiered at the Tribeca Film Festival. It was a documentary about Steubenville, Ohio, a town of around 18,000 people on the Ohio River.

The film starts like this: On a dark night, over a background of ominous music, a car drives down an otherwise deserted street lined with modest houses. Then, unseen voices say, "That girl. What did they do to that girl?" "She is so raped right now. (Laughter) Dead body." (There are the sounds of laughter and a party.) Then this: "If that gets around, then you might go to jail." "I didn't do it, man." "This is the funniest thing ever."

The picture cuts to text messages: "What happened last night? I don't know who to ask or believe. - Jane Doe" "Who did that to me? - Jane Doe" "Oh my god. Please tell me this isn't fucking true."
That's all before the opening credits.

But what's suggested in that opening was true. On the night of August 11, 2012 after a pre-season football game, there were parties in Steubenville. A 16-year-old girl from across the river in West Virginia attended one of them, got drunk and was driven by some of the Steubenville football players in an incoherent state to another party. During that car ride, one of the football players raped her. At a third party, the girl vomited before toppling on her side, unable to move. She was raped again. She woke up the next morning in the basement of that home, not knowing what had happened. She was naked.

She didn't know what had happened to her but text messages, photographs and even some videos exchanged among the football players made it clear.

Although the town circled the wagons to protect their boys, what was happening caught the attention of a crime blogger named Alexandria Goddard. She took screen shots of what she was seeing, knowing that the evidence would probably be deleted. Her account came to the attention of The Cleveland Plain Dealer and then was picked up by The New York Times. Pretty soon, the rape trial in Steubenville was national news and a New York filmmaker named Nancy Schwartzman decided to make a documentary. She went to Steubenville a year after the story first broke.

The Tribeca Film Festival, now in its 17th year, always shows a few blockbusters and has its share of A-list stars, but what makes the festival most interesting are the many independent films like "Roll Red Roll" that deal with important issues but that have to hope to find outlets after the festival is over. The festival can be a useful stepping stone to further distribution.

When Schwartzman started on the film, the "Me Too" movement hadn't yet happened. By the time she brought it to the Tribeca Film Festival, some men in senior corporate and governmental positions had been ousted because of their sexual behavior. But the Brett Kavanaugh/Christine Blasey Ford hearing was still five months in the future.
During the festival, in a room in a Tribeca hotel, Goddard and Schwartzman reflected on the film, given the perspective of almost six years since the events it recounts began to unfold.

Goddard said that after she posted Tweets about the rape on her blog, she was sued and was physically threatened for having dared to bring what had happened to public attention. "I was actually living in California when I came upon the case, and I did receive threats," she said. "I tried to keep my location very private. I made sure when I was posting pictures, that there was nothing in them that someone could use to figure out where I was, and then in November of 2013, one of my former friends posted my address on Twitter and I freaked out and packed the car and drove cross-country to Ohio because I figured if I'm hiding in plain sight, they're probably not going to look for me here."
The "friend," Goddard said, had posted her address because "she was very upset with me for bringing her town into the public eye."
Goddard was the first of a long list of women whose work on a case that most of the people in Steubenville wanted to ignore finally resulted in the trial, conviction and incarceration of the two high school football players who had raped the girl and the indictment of four adults who had participated in the cover-up. The adults included the superintendent of Steubenville City Schools who appears in "Roll Red Roll" saying that the accusations are none of his business and that the football coach would take care of the matter. Ultimately the superintendent was indicted on charges of evidence tampering and obstruction of justice. The charges against him were dropped when he agreed to resign.

On Goddard's heels, there was Rachel Dissell, an investigative reporter at The Cleveland Plain Dealer, who says in the film, "If we don't cover it, I'm not sure it will get covered." And there was Marianne Hemmeter, the lead special prosecutor for the Ohio Attorney General's office, who brought the case to trial.

Nancy Schwartzman, who produced and directed "Roll Red Roll," was backed by eight executive producers, all of whom were women. Schwartzman credited them with enabling her to make the film.

"I think that's what this moment is about," she said. "It's about women looking out for each other, women intervening when something is happening, women boosting each other, women amplifying. This story is important to a lot of people and, yeah I felt driven and inspired by the women who enabled it to grow.

Schwartzman called what happened in Steubenville "a national and international issue" and added "we need to provide education and figure out how we can keep other Steubenville's from happening."

At the time of the 2018 Tribeca Film Festival, Schwartzman did not yet have a distributor for "Roll Red Roll." Since then, it has been screened in other film festivals and at several colleges.

"Roll Red Roll" will be released and available for general viewing in 2019, with more information coming soon. 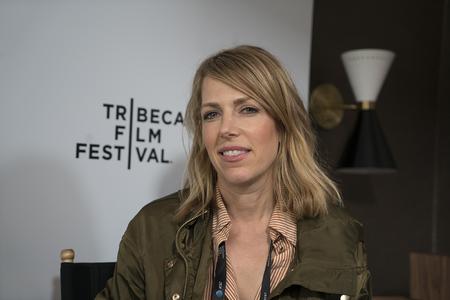 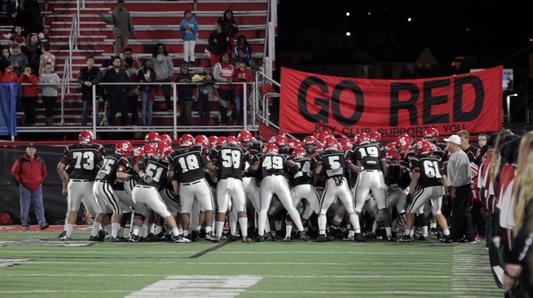 A still from the film, "Roll Red Roll," about how members of the Steubenville, Ohio high school football team sexually assaulted a teenage girl at a pre-game party and the town closed ranks around the young men, refusing to provide information on the crime. "Roll Red Roll" had its world premiere at the 2018 Tribeca Film Festival.

So far, "Roll Red Roll" has had only limited distribution beyond its film festival showings. In fact, many worthy and excellent films go no further. That's all the more reason to put the 2019 Tribeca Film Festival on your calendar. It will take place between April 24 and May 5, 2019 with a continued focus on discovering new filmmakers and with juried awards for best new narrative and documentary films. 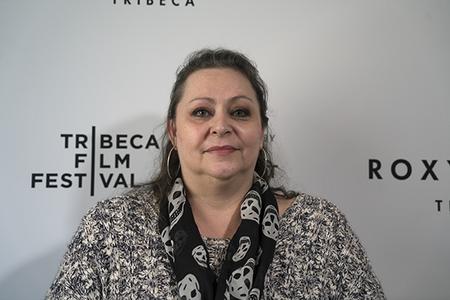