On Aug. 14, 2018, Ilhan Omar, a 35-year-old Muslim woman in her first term in the Minnesota House of Representatives, won a hands-down victory in the Democratic primary election to represent Minnesota's 5th Congressional District in the U.S. House of Representatives. Out of 135,315 votes cast, she defeated her closest rival in a field of four by more than 20,000 votes.

Winning the Democratic primary in that district, which includes Minneapolis and its nearby suburbs, is tantamount to winning the general election. Ilhan Omar will be moving to Washington, D.C.

Omar's initial political victory in 2016 - the one that put her in the Minnesota House of Representatives - was equally dramatic. In that election, she defeated a woman who had held that seat for 44 years. Her victory was especially remarkable and poignant because Omar was born in Somalia and came to the United States at the age of 12 as a refugee.

This year's Tribeca Film Festival premiered a documentary, "Time for Ilhan," that chronicled that campaign. It was directed and co-produced by a Minneapolis filmmaker, Norah Shapiro, who said that it was not a foregone conclusion that Omar would win that election but that "It was apparent to me within minutes of meeting her that she was a star."

The Tribeca Film Festival always presents a provocative array of films that may not ever win awards or mass distribution but that provide unexpected and often intimate insights into issues and events that continue to affect us. "Time for Ilhan," which premiered this past April at the Tribeca Film Festival is certainly among them.

During the festival, Omar and Shapiro talked about themselves and about the film.

"I was born political," Omar said. "I come from a family that thinks that having political conversations are part of the dinner conversation. My dad and grandfather and uncles and aunties always talked about politics."

When the family came to the United States, Omar said that she helped her grandfather through the process as his linguistic and cultural guide. "I think it started my love affair with our democracy and the idea of a representative democracy and really not looking at politics as something that someone else does but as something that we all do," she said as she reflected on that period in her life.

After much thought and discussions with her family and others, in the fall of 2015, Omar decided to run for political office. She was a political anomaly - young, black, Muslim, female and an immigrant. When she won the election in November 2016, she became the first Somali-American legislator in the United States.

On election night she said, "I was hopeful about what would happen next. I knew that people were finally awakened from their complacency."

She said that she travels a lot across the country and that when she meets people who are new to the country or who are first generation, they often ask, "Why do you think it's OK for us to participate in this process?"

She said that they believe that they have a conditional citizenship that could be taken away at any time "so they need to be quiet and simply grateful to have been given the blessing of being here."

"I think the biggest way that I can show my gratitude," she said, "is to actually fight for a better country... not only for myself and for my children but for all of America's children. I think I owe it to the people who came before me who fought for all of the progress that we see in this nation, to allow for someone like myself to be here and to have the rights that I have to continue to fight for that and to continue to say, 'These things are not enough.'"

Omar, who has three children of her own - the oldest is 15 - said that she was very aware of young people and their concerns, particularly when it comes to gun control.

She said she was a freshman in high school when Columbine happened. "I remember thinking 'Surely someone else will deal with this," she said. "'This is not going to continue.' I wish I had had the wisdom, I wish I had had the courage, I wish I could have seen myself as being part of a leadership that could change that."

In her relatively short time in the Minnesota House of Representative, Omar was the author of 38 bills, although as of May 2018, none of them had become law. Among other things, she supports single-payer health care, gun control, abolishing ICE (U.S. Immigration and Customs Enforcement) and an all-out effort to mitigate the harmful effects of climate change.

She has said that in the U.S. House of Representatives, she would like to join the House committees on agriculture, education and homeland security. It seems highly likely that she will get that chance.

So far, "Time for Ilhan" has not been distributed beyond its film festival showings. In fact, many worthy and excellent films go no further. That's all the more reason to put the upcoming Tribeca Film Festival on your calendar. It will next take place between April 24 and May 5, 2019 with a continued focus on discovering new filmmakers and with juried awards for best new narrative and documentary films. 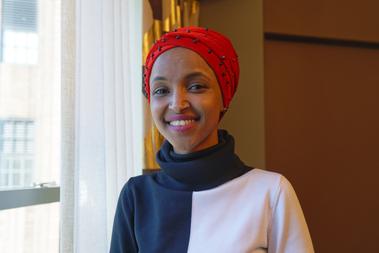 Ilhan Omar during her 2016 campaign for the Minnesota State Legislature. (Photo: Chris Newberry) 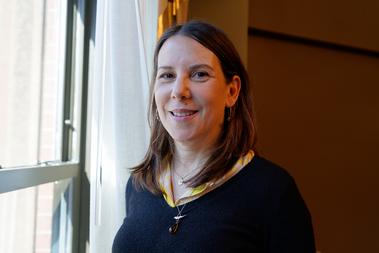 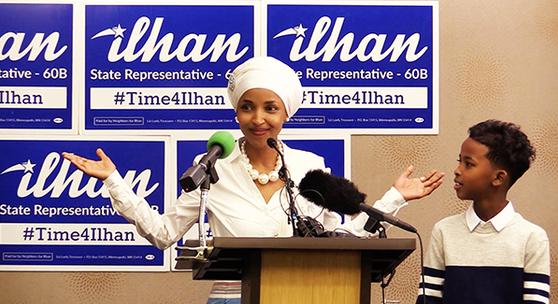