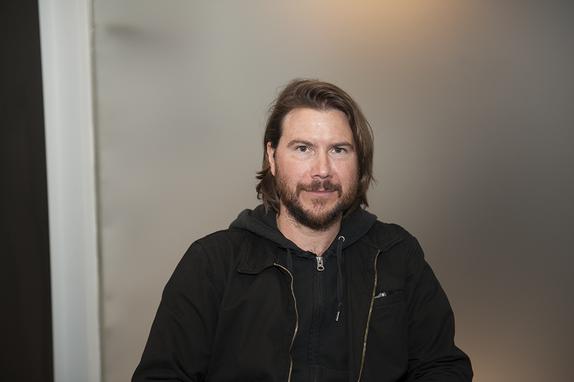 In Lower Manhattan, the return of the Tribeca Film Festival is as predictable a sign of spring as the first daffodils and robins. Although the festival is a smorgasbord of films, television shows, music, gaming and online work of various kinds, for many people, the films take center stage.

There are always some blockbusters with big-name talent but many of the most interesting entries are lower budget films, some of them made by directors with substantial credits, but on topics that are not likely to break box office attendance records. After the festival, some of these films are picked up for national distribution. More likely, a film will be available subsequently for online download or streaming.

What makes these films particularly interesting is that they often deal with topics that continue to resonate in the news, providing insights and perspectives not readily available elsewhere.

On the 2017 Tribeca Film Festival roster, for instance, was "LA92," a documentary directed by Dan Lindsay and T.J. Martin. With an Academy Award among their credits (for "Undefeated," Best Feature Length Documentary in 2012), they were able to obtain financing for a film about how four white, Los Angeles police officers brutally beat a black taxi driver named Rodney King on March 3, 1991.  A witness filmed the beating as it was happening and sent his film to a local television station, causing a national furor. The police officers were tried in 1992. Three were completely acquitted. The fourth was acquitted of all but one charge. When the verdict was announced, riots erupted in Los Angeles, and continued for six days. More than 50 people were killed and more than 2,300 were injured. The rioting only came to an end when the National Guard and the U.S. military were called in.

Lindsay and Martin were 14 years old and 13 years old respectively when all of this happened, but this was the subject that they chose to devote eight months of their lives to revisiting for the "LA92" documentary.

"One of the reasons we wanted to do this," said Lindsay, was that "this was the first moment when there was video of police brutality that became public and it happened to coincide with more and more people having video cameras and also the advent of the 24-hour news cycle. The thing that we were exploring was the inherent contradiction in the American experience. I'm referring to the idea that our country was founded on the idea that all men were created equal and the people who signed that document owned other human beings."

In the film, a representative of the American Civil Liberties Union (ACLU) remarks, "We get these calls all the time, but this time, we have the proof."

"I feel that echo is happening today," said Martin, "yet have we seen any kind of systematic change? I venture to say that it hasn't been as dramatic as people would like to see. Two steps forward, one step back."

Other films on the 2017 Tribeca Film Festival roster examined issues that continue to be front-page news. Among these films was "From the Ashes," produced in part by Bloomberg Philanthropies, established by former New York City Mayor Michael Bloomberg. The film is about the coal industry and its terrible effect on the environment and also about coal mining's terrible effect on the lives of miners, who suffer from black lung disease and other health problems, but who are treated as expendable by the mine owners. Following its world premiere at the Tribeca Film Festival, "From the Ashes" had a limited theatrical run and then was distributed by National Geographic to 171 countries.

Bloomberg continues to be actively involved in addressing some of the problems raised in "From the Ashes." Coal pollutes the air out of all proportion to the electricity it generates and contributes significantly to climate change. Bloomberg was recently appointed the United Nations special envoy on climate change, where he will use his expertise, his contacts and some of his own money to mitigate the effects of greenhouse gas emissions.

With far fewer resources at his disposal than the director of "From the Ashes," Marc Grieco, an independent filmmaker and photographer, chose as the subject of his second feature documentary the fate of the pink river dolphin, indigenous to the Amazon and hunted nearly to extinction by native populations along the river. They were able to make money by catching the dolphins and selling their flesh as bait for piracatinga, a carniverous catfish that is used as human food.

Grieco worked for almost three years on "A River Below," which follows the story not only of the dolphins but of the humans who have been trying to protect them and the people who depend on catching them for a living. In his documentary, Grieco raises questions about competing and irreconcilable needs that apply not only to what he observed during the months that he spent in the Amazon basin but to other situations where environmental considerations that affect large numbers of people are pitted against the livelihoods of a relative few.

For thought-provoking documentaries, the Tribeca Film Festival is a gold mine. The questions raised by some of the films linger long after the festival is over.

The 2018 Tribeca Film Festival, which opened on April 18 with the world premiere of  "Love, Gilda," a feature-length documentary that explores the world of Emmy and Grammy-award winning comedian Gilda Radner, will close on April 29 with the world premiere of a documentary called "The Fourth Estate," directed by Oscar-nominated filmmaker Liz Garbus.  It's about the journalists at the New York Times tasked with covering the election of Donald Trump, who had declared the majority of the nation’s major news outlets to be “the enemy of the people.” Garbus witnessed the inner workings of journalism and investigative reporting from the front lines during the Trump administrations’ first history-making year.

For information on tickets for the remaining days of the festival, click here. 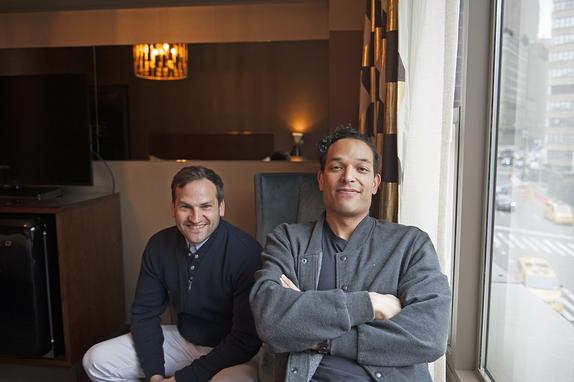 Marc Grieco, director of "A River Below," which had its world premiere at the 2017 Tribeca Film Festival. (Photo: © Terese Loeb Kreuzer 2017)