At an awards ceremony on April 26, the 17th annual Tribeca Film Festival announced the winners of its competition categories. Top honors went to Diane for the Founders Award for Best U.S. Narrative Feature, Smuggling Hendrix for Best International Narrative Feature, and Island of the Hungry Ghosts for Best Documentary Feature. The Festival awarded $145,000 in cash prizes.

The Nora Ephron Award, a $25,000 prize, went to writer/director Nia DaCosta for Little Woods. The award was created six years ago to honor excellence in storytelling by a female writer or director embodying the spirit and boldness of the late filmmaker.

The Tribeca Film Festival honored innovation in storytelling with its Storyscapes Award, which went to Hero.

Square’s For Every Kind of Dream series was honored with the 3rd annual Tribeca X Award, which recognizes excellence in storytelling at the intersection of advertising and entertainment.

Screenings of the award–winning films will take place throughout the final day of the Festival: Sunday, April 29, at various venues. Specific times and ticketing information are available at www.tribecafilm.com/festival.

The winners of the Audience Awards, powered by AT&T, which are determined by audience votes throughout the Festival via the Festival app, will be announced on April 28.

The winners, awards, and comments from the jury who selected the recipients are as follows:

Jury Comment: Diane "encompasses the beauty, aesthetic, as well as the powerful themes of love, struggle, life, death, and womanhood that are the spirit of this year's Festival."

Diane, directed and written by Kent Jones. Produced by Luca Borghese, Ben Howe, Caroline Kaplan, Oren Moverman. (USA) - World Premiere. Diane is a devoted friend and caretaker,  particularly to her drug-addicted son. But as those around her begin to drift away in the last quarter of her life, she is left to reckon with past choices and long-dormant memories in this haunting film.

Jury Comment: "This year’s best actor has been transforming himself on stage, film, and television for many years. His performance in this year’s competition entry testifies to his talent, sensitivity, and craft." Wright's performance "solidifies his standing as one of the greatest actors working today.”

Jury Comment: “We were completely enraptured by the work of Wyatt Garfield for the film Diane.”

Jury Comment: This is a screenplay with “rich dialogue, complex characters, and elegant simplicity."

Jury Comment: Brunn gives a "subtle, comedic performance that manages to make a lasting impression on its audience."

Jury Comment: "...original, daring image-making that, along with bold direction, invites the viewer inside the tense circumstances of its characters' lives."

Jury Comment: The award for best screenplay goes to "a comedy that manages to be truly funny and inventive in its exploration of a culture clash. This script was refreshingly original and gave its actors the opportunity to really shine."

Jury Comment:  This is "a film that demonstrates extraordinary mastery of the full symphonic range of cinematic tools: cinematography, editing, score, sound design, and, perhaps greatest of all, an exquisite use of metaphor."  The jurors felt that they "were witnessing nothing less than the emergence, fully formed, of a major new cinematic talent."

Jury Comment: Celebrating the"aesthetic rigor" of this film, the jurors commented, “To witness the care taken in the framing of each shot of this remarkable film conveys pleasure in and of itself."

Jury Comment: “The award for Best Editing goes to a film that unfolds with the urgency and tension one expects from the best Hollywood thrillers.  From the opening frame to its startling climax, this film kept us on the edge of our seats."

Jury Comment: The jurors called "To Dust" "a film that tackles a universal subject in a truly singular manner. A film that begins with loss and grief… but then transcends to take you on an exquisitely odd, sometimes hilarious, and always thought-provoking journey into the heart of our clumsy human struggle to heal and to connect."

Jury Comment: "The winner of the Best New Documentary Director goes to a film that we chose for many reasons. The story, the specific subject, the journey into a world we never knew existed.  This film also has an element every great film, doc, and story needs...heart."

Jury Comment: "This film shows us the emotional weight inanimate objects can have, and the humanized war in a surprising and impactful way."

Jury Comment: “This film portrays memory in an insightful and impactful way that opened our hearts. As the animation moves from colorful blobs into meaningful shapes and finally breaks through to her realizing the person she loves the most, we realize the experience of Alzheimer's with a poignancy that stayed with us all. The Award for Best Animated Short goes to Late Afternoon.”

Jury Comment: Commending it for its "wholly original approach," the jury said, "This transcendent film adds a revelatory dimension to a subject that is at the epicenter of public consciousness today."

Jury Comment: “With a rare lyric intensity this film opens a window to a young boy’s difficult navigation from early childhood to young adulthood in a single parent family."

The 2018 Storyscapes Award recognizes groundbreaking approaches in storytelling and technology.

Jury Comment: "Hero is an extraordinary story of life in a country under siege. It uses ambitious technology, and pushes viewers right up to, but not past, what one’s senses can bear. It will help you understand where VR is going, but also, viscerally, in some ways where this world is going.”

Jury Comment: "... sure-footed storytelling featuring an unconventional heroine who pushes past expectations of what is bravery in a woman’s life or in cinema. In watching this portrait of a woman at a crossroads in small-town America, we found ourselves wanting to see more stories from this filmmaker and more of her vision of a woman in the world."

Tribeca X Award: For Every Kind of Dream series for Square. Directed by Mohammad Gorjestani for Even/Odd.

Jury Comment: “The Square films showed an extremely deft sense of craft in telling a compelling and richly human story while maintaining a strong brand message throughout. We specifically responded to the Sister Hearts film, which elegantly told an poignant story about a marginalized community that was lifting itself up."

For more information on all of the films in the 2018 Tribeca Film Festival, go to tribecafilm.com/festival

About the Tribeca Film Festival
The Tribeca Film Festival is the leading cultural event that brings visionaries and diverse audiences together to celebrate storytelling in all its forms, including film, TV, VR, gaming, music, and online work. With strong roots in independent film, Tribeca is a platform for creative expression and immersive entertainment. The Festival champions emerging and established voices; discovers award-winning filmmakers and creators; curates innovative experiences; and introduces new technology and ideas through premieres, exhibitions, talks, and live performances.

The Festival was founded by Robert De Niro, Jane Rosenthal and Craig Hatkoff in 2001 to spur the economic and cultural revitalization of lower Manhattan following the attacks on the World Trade Center.

Diane, directed and written by Kent Jones, won the Founders Award at the 2018 Tribeca Film Festival for "Best U.S.Narrative Feature." Diane is a devoted friend and caretaker,  particularly to her drug-addicted son. But as those around her begin to drift away in the last quarter of her life, she is left to reckon with past choices and long-dormant memories in this haunting film. 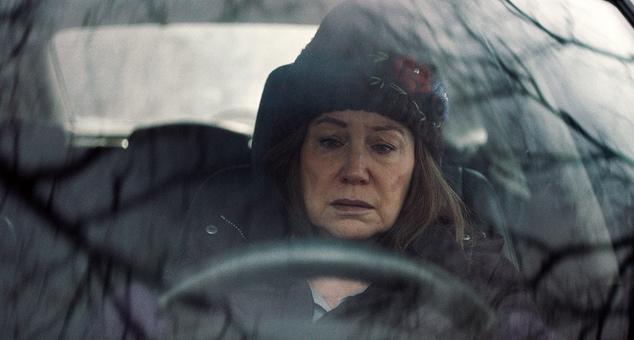