In the galleries: Andy Warhol's "Before and After, 4" and Marisol's sculptural self-portrait ("Women and Dog") as an adult in different outfits and of herself as a child deal with norms of feminine beauty and with the way women present themselves to the world. 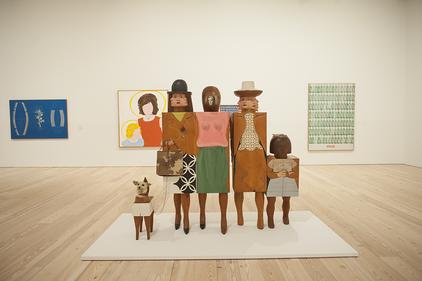 In the galleries: A sculpture by George Segal ("Walk, Don't Walk") depicts plaster people who can't respond, while a painting by George Tooker ("The Subway") shows anxious commuters, isolated by the subway's environment. 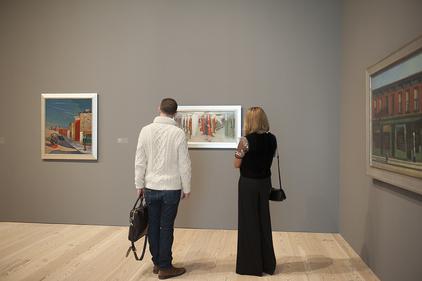 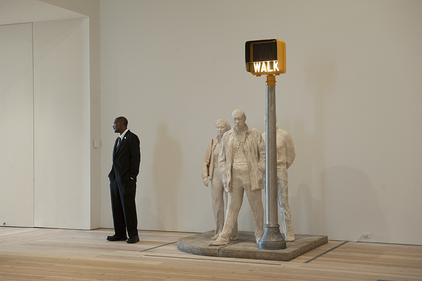 In the galleries: Paintings by Ralston Crawford ("Steel Foundry: Coatesville, Pa.") and Thomas Hart Benton ("The Lord is My Shepherd") reflect the lives of the many Americans who work hard for little money. 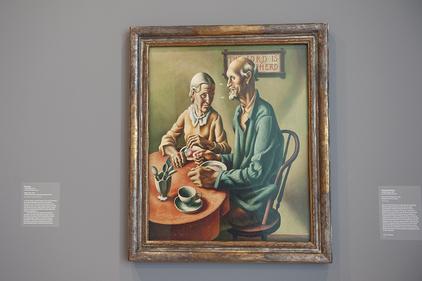 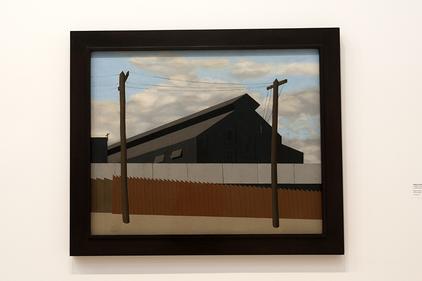 In the galleries: Paintings by Edward Hopper ("Railroad Sunset") and Franz Kline ("Mahoning"). 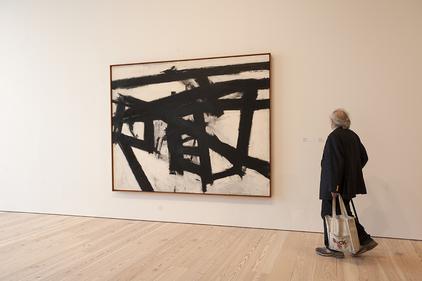 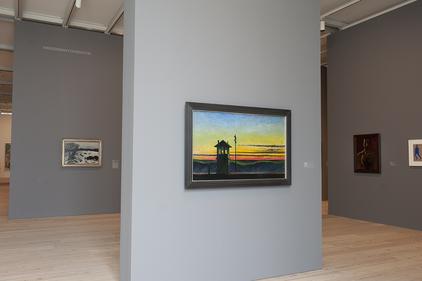 The High Line and the Empire State Building are visible from the Whitney Museum's terraces. 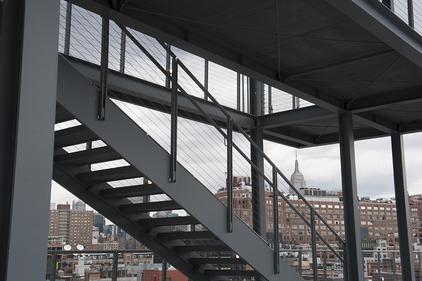 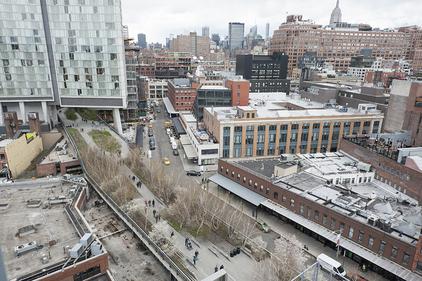 The Whitney Museum of American Art at 99 Gansevoort St. in the meatpacking district was designed by Renzo Piano. (Photos: © Terese Loeb Kreuzer 2015) 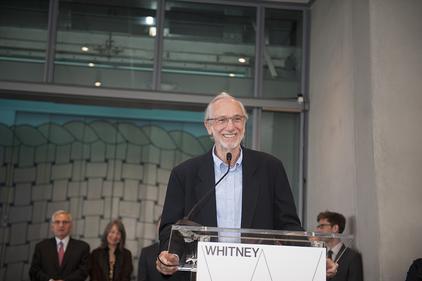 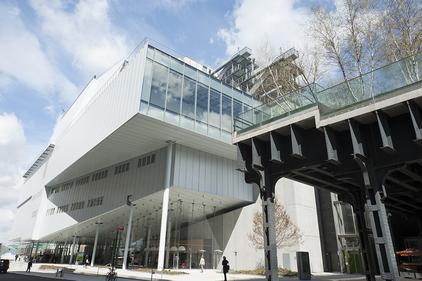 "America is hard to see," Robert Frost wrote in a poem. The Whitney Museum of American Art has taken that line as the title of the opening exhibition at its new building in the former meatpacking district of Manhattan. The building, designed by Renzo Piano, opens to the public on May 1. The "America," depicted with more than 600 objects from the Whitney's collection, is, like the United States itself, a hodgepodge of values, ethnicities and experiences. The unifying point of view, if there is one, is that here freedom is possible, though not always achieved. But what has been achieved is the building itself. It is somewhat ungainly from the outside, but inside, is filled with light. Spaces unencumbered by columns, lend themselves to the display of large works of art. Big, glass windows unite the building with the industrial landscape of the meatpacking district, and best of all, there are terraces with riveting views of the city and of the Hudson River.

NEW WHITNEY MUSEUM OF AMERICAN ART OPENS ON MAY 1